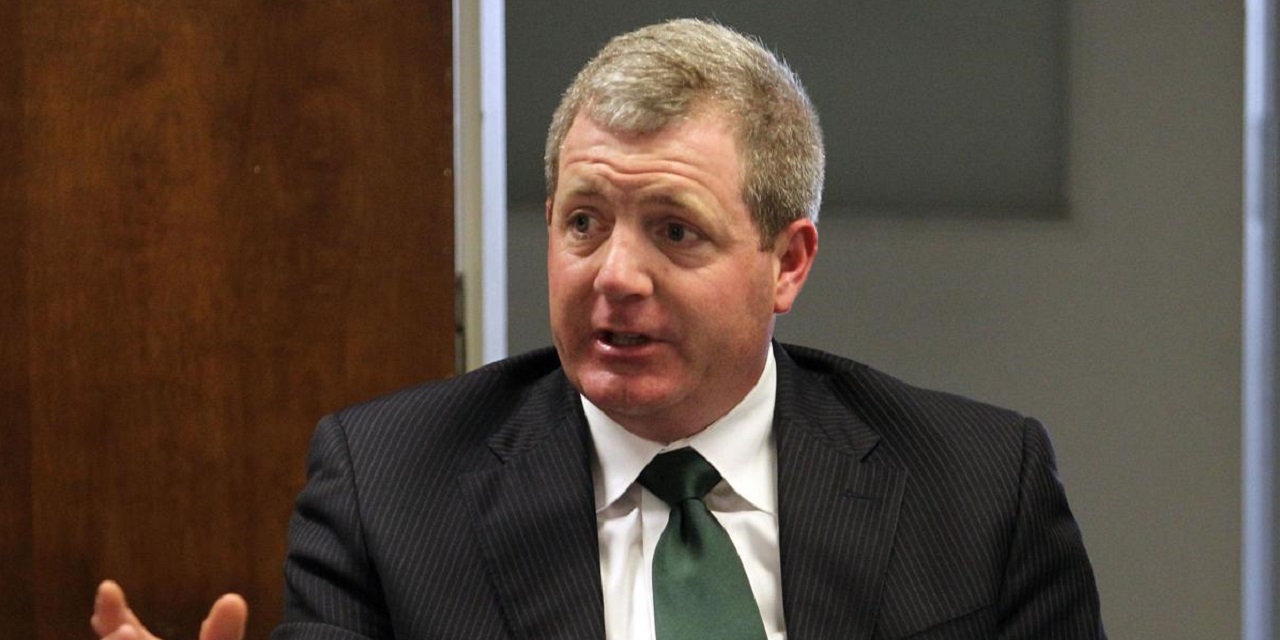 HUNTINGTON – One of West Virginia’s most prominent attorneys has left his former law firm and started his own.

According to documents filed in the federal opioid litigation, Paul T. Farrell Jr. has left the Huntington law firm of Greene Ketchum. A Jan. 31 Notice of Change of Attorney Information lists Farrell’s new firm as Farrell Law, which is located in Huntington.

“I spent the past 15 years at ƒ, primarily doing personal injury and medical malpractice work,” Farrell told The West Virginia Record. “That’s where I found my niche. I was good at the medical malpractice cases. And because of that, I caught wind of the first transvaginal mesh cases.

“I filed the first 30 to 40 transvaginal mesh cases in the country. It turned out that these cases started popping up all over the country, and the mass tort ended up in West Virginia federal court. I spent two to three years looking at and understanding the MDL (federal Multi-District Litigation). I was involved in the periphery”

Now, Farrell is a national leader in the federal opioid litigation against drug distributors.

“When the opioid litigation started happening, I was representing West Virginia counties … Kanawha, Cabell, Logan, Wayne and others,” Farrell said. “Then, all of the sudden, I started getting calls from other counties in Ohio and Kentucky. I realized this was happening all up and down the entire Ohio River Valley. These counties were calling me.

“Now, I’ve basically dedicated my entire law practice to the opioid litigation for the past three years. That has put a lot of strain on my former law firm. What I’m doing now is … I am hoping I can free up some resource for my former firm to practice law again and for me to focus my efforts on this.”

So, Farrell started his new firm. He has two paralegals on staff.

“But as the co-lead of the national litigation, I have an army of lawyers who have joined me in this fight,” said Farrell, who also ran for president in 2016 as a Democrat. “It was the right time.”

He said there are no hard feelings or any animosity between he and his former firm and law partners.

“Everybody is on the same page,” Farrell said. “We have a lot of mutual respect for each other. Bert Ketchum is a hell of a lawyer. I’m just moving in a different direction.”

Regarding the status of the opioid litigation, Farrell said his side is standing firm despite a settlement offer.

Last month during a status hearing, Farrell and other attorneys representing Cabell County and the City of Huntington asked for a bench trial against drug distributors AmerisourceBergen, Cardinal Health and McKesson. The defendant companies – sometimes called The Big Three – want U.S. District Judge David Faber to conduct a jury trial.

The drug distributors also asked for 18 months to prepare for trial, but Faber indicated he likely won’t give them “anything close” to that timeframe.

Faber told both sides to submit briefs in 10 days about whether there is a right to a jury trial in this case.

“The Big Three distributors have made a settlement offer of $18 billion over 18 years,” Farrell told The Record. “Texas, California, Florida and New York want the bulk of the money. The settlement would provide $24 million to West Virginia over 18 years. I’ve said no. I’ve said you don’t have the power over the West Virginia counties to make us walk away.

“I’ve asked for bench trial. I asked because I can start it next month and demonstrate to the rest of the country that we (West Virginia counties) need to be addressed, and we aren’t going to walk away. We aren’t going to accept $24 million over 18 years.”

Farrell also said he and his parties have offered to dismiss punitive damages if the defendants stipulated to a bench trial.

“So, what I’m about to show them is that West Virginia has some of the finest lawyers in the country. Al they’re trying to do is stay the execution of the death warrant.”

“My question is whether the national defense lawyers (for the drug companies) got consent from general counsel, which would have received consent from their boards of directors before they made their moves in this case,” Farrell said. “I would expect you’ll see some future shareholder lawsuits popping up for such poor decisions.”

Farrell also said West Virginia Attorney General is on their side in this matter. Farrell said four Attorneys General – Ken Paxton from Texas, Josh Shapiro from Pennsylvania, Josh Stein from North Carolina and Herbert Slatery III from Tennessee – are trying to drive the settlement.

“But the beauty of the civil justice system is that they can’t pull it off without us. And we’ve told them no.”

During the Jan. 27 status hearing, Faber said he plans to set a trial date after another hearing scheduled for March 1.

“What the judge appears to be doing now is strategically remanding cases, but also limiting the defendants that he recommends each of those plaintiffs will go to trial against, “Webb told The Record. “He wants each track to sue a defendant to determine liability instead of everybody suing everybody for everything. That could mean a better chance for a universal settlement after these first cases are heard.”