CHARLESTON – The state Senate has passed a bill that would create an Intermediate Court of Appeals.

Similar bills have been considered in recent years. Last year, a bill to create the intermediate court also passed the state Senate, but died in the House. 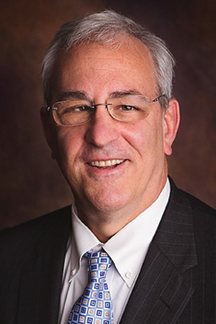 Last week, the House passed a bill clarifying that appeals to the state Supreme Court are a matter of right and shall be reviewed by the Supreme Court and that a written decision will be issued. The bill would include that language in state code.

“I believe for a variety of reasons, the time is now,” Senate Judiciary Chairman Charles Trump (R-Morgan) said during the floor discussion following Monday’s third reading of the bill. “The time is passed. It’s past time. This state needs one, and we’ve needed one for a long time.”

Trump also said bill will save $2.5 million a year from the collapsing of two administrative layers of review in the current workers’ compensation system.

Other senators spoke in opposition of the bill.

Sen. Mike Woelfel (D-Cabell) referenced 19th Century Priest and Cardinal John Henry Newman, who said, “We can believe as we choose, but we are answerable for what we choose to believe.”

“Mr President (Senate President Mitch Carmichael), you choose to believe – and you’re answerable for this – you choose to believe the answer to this is another layer of government – the intermediate court of appeals,” Woelfel said. “My conservative and moderate friends in Cabell County, business owners … they want to know from me why we’re growing another bureaucracy in this government.”

Sen. Mike Romano (D-Harrison) said proponents have said we need the court, but “nobody has been able to explain why we need one.”

“It’s the age-old promise that if we create this court, businesses are going to come running over that mountain to establish in West Virginia,” Romano said, noting that he thinks the fiscal note of about $7 million a year for the bill is far too low. “It’s a bunch of bull, and we know it. And my friends across the aisle know it.

“This is déjà vu. Here we go again. Same demand for a court that’s unnecessary and unneeded.”

Sen. Richard Lindsay (D-Kanawha) said he believes the creation of a new court is fiscally irresponsible.

“We have so many other priorities,” he said, noting foster care and senior services as examples. “Yet, we’re here talking about an intermediate appellate court that we can’t afford, according to our own estimates. It’s unnecessary.”

Sen. William Ihlenfeld (D-Ohio) said he opposes the bill for a variety of reasons.

“The amount of money we’re putting into this court makes my stomach twist when I think of all the other things I think we could be spending this money on.”

Sen. Stephen Baldwin (D-Greenbrier) said the spending is his biggest issue with the proposal.

“There are more than a dozen ways we could better prioritize this money that would help West Virginia more,” he said.

Other senators spoke in support of the bill.

Sen. Ryan Weld (R-Brooke) said the state Supreme Court is one of the busiest appellate courts of its type in the nation.

“I would submit, and I think the statistics bear this out, that our Supreme Court now is busier than it was in 2009 when it was among the busiest courts in the nation,” Trump said. “Justice demands that lower cases get reviewed. That’s why we need this bill.

“It will expedite the appellate process for every single litigant in West Virginia. It is not a partisan question. It’s a question of justice.”

The bill would create two districts of three judges each – chosen by non-partisan vote – who would serve 10-year terms. Vacancies would be filled by the governor from a list of candidates supplied by the state Judicial Vacancy Advisory Committee.

The state Supreme Court estimates the new court would cost about $7.6 million to start up. The cost would be about $6.3 million the following year and about $3.8 million per year after that.