CHARLESTON – A legal reform group hails the state Senate passage of a bill that would create an intermediate court of appeals, but a group for trial attorneys still hopes the bill won’t become law.

The West Virginia Chamber of Commerce also is supporting passage of the bill.

The Senate voted 18-14-2 on Feb. 10 for Senate Bill 275. It now will go the House of Delegates for consideration. Similar bills have been considered in recent years. Last year, a bill to create the intermediate court also passed the state Senate, but died in the House. 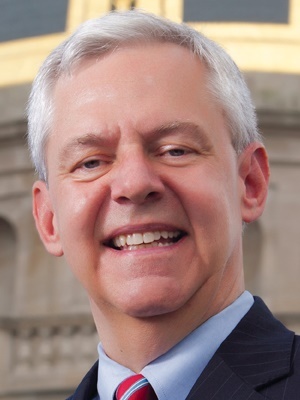 Last week, the House passed a bill clarifying that appeals to the state Supreme Court are a matter of right and shall be reviewed by the Supreme Court and that a written decision will be issued. The bill would include that language in state code.

West Virginia Citizens Against Lawsuit Abuse praised the Senate for passing the bill.

“It is great to see West Virginia take this historic step to modernize the state’s judicial system with the creation of an Intermediate Court of Appeals,” WVCALA Executive Director Jordan Burgess said. “We thank the State Senate for their hard work passing this important piece of legislation that has been desperately needed for quite some time.”

Burgess said West Virginia remains the only state in the country without an automatic right of appeal and one of just a few states that doesn’t have an intermediate appellate court.

“We encourage the House of Delegates to pass this important piece of legislation that will bring West Virginia in line with a majority of other states,” Burgess said. “It is long past time for job providers and West Virginia families to have a modernized and fair judicial system here in West Virginia.

“It is time for the House of Delegates to pass Senate Bill 275 and help get West Virginia in line with the rest of the country.”

"West Virginia is the largest state without an intermediate appellate process," he said. "As we seek to diversify our economy and increase opportunities for more people and create more employment, we must adopt policies and governmental structures appropriate to the 21st century.

"The creation of this court will be one more step in the direction of meeting the challenges and opportunities that come with a more diverse and, we anticipate, growing state."

Meanwhile, the West Virginia Association for Justice denounced the Senate for passing the bill.

“Appeals have declined nearly 70 percent over the last 20 years,” Whiteaker said. “When the case load is just one-third what it was, you don’t expand our judicial branch with more judges, more staff and millions in annual expenses. It’s fiscally irresponsible and it’s wrong.

“What is more outrageous is that our state Senate is creating a whole new layer of courts and wasting our tax dollars as a handout to billion-dollar corporations and big insurance. It’s about helping them increase their profits at the expense our rights and our tax dollars.”

She said the proof of that is the refusal of the Senate to expand the proposed new court’s jurisdiction to include criminal appeals. She also said corporate and insurance special interests are pushing for the intermediate court because they want it limited to civil appeals, noting that those cases account for just 13 percent of the cases filed. In 2018, there were only 155 filed.