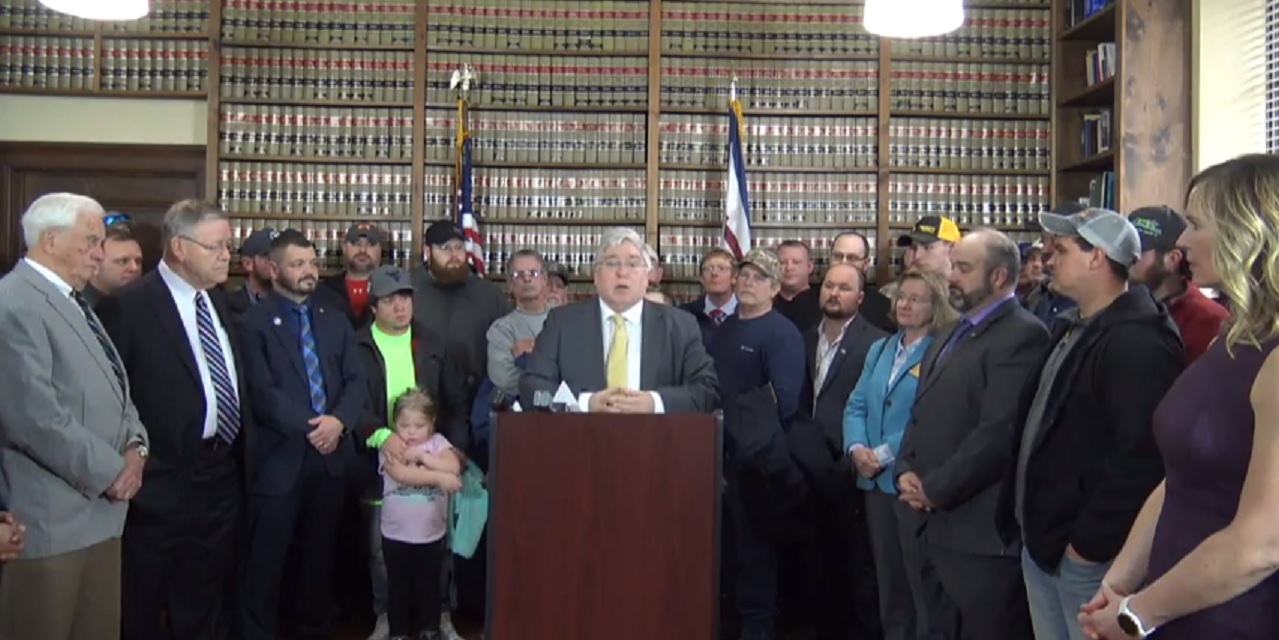 CHARLESTON – West Virginia Attorney General Patrick Morrisey joined state leaders, business operators and union laborers to stress what he calls is an "urgent need" for the U.S. Supreme Court to overturn a ruling that blocked construction on the Atlantic Coast Pipeline.

Morrisey leads an 18-state coalition in arguing a federal appeals court was inaccurate in ruling the U.S. Forest Service lacked authority to grant the rights-of-way through forestland beneath federal trails. The arguments will take place Feb. 24.

Morrisey spoke in a conference room in his offices, surrounded by state officials, lawmakers, business leaders and workers.

“The appeals court decision put thousands of men and women out of work,” Morrisey said. “Our broad coalition and state leaders are unified in hoping the Supreme Court will overturn that devastating decision.

"A sound court ruling will lead to a stronger economy, more residents gainfully employed and more tax revenue for our communities.”

When completed, the Atlantic Coast Pipeline will transport natural gas through Harrison, Lewis, Upshur, Randolph and Pocahontas counties to Virginia and North Carolina.

Morrisey's office says the halting of pipeline construction has cost the state at least 1,500 jobs and lost revenue from income and property taxes. The jobs in question paid laborers between $25 to $40 per hour plus per diem.

Morrisey says the 4th Circuit's ruling, if left unchanged, would transform 1,000 miles of the Appalachian Trail into "a near-impenetrable barrier to energy development all to avoid a one-tenth mile crossing deep beneath the surface on a 600-mile pipeline."

He also says the ruling, if applied nationwide, would seal off more than 11,000 miles of federal trails from development and potentially disrupt the national power grid because of the "chilling effect it could have on infrastructure investment."