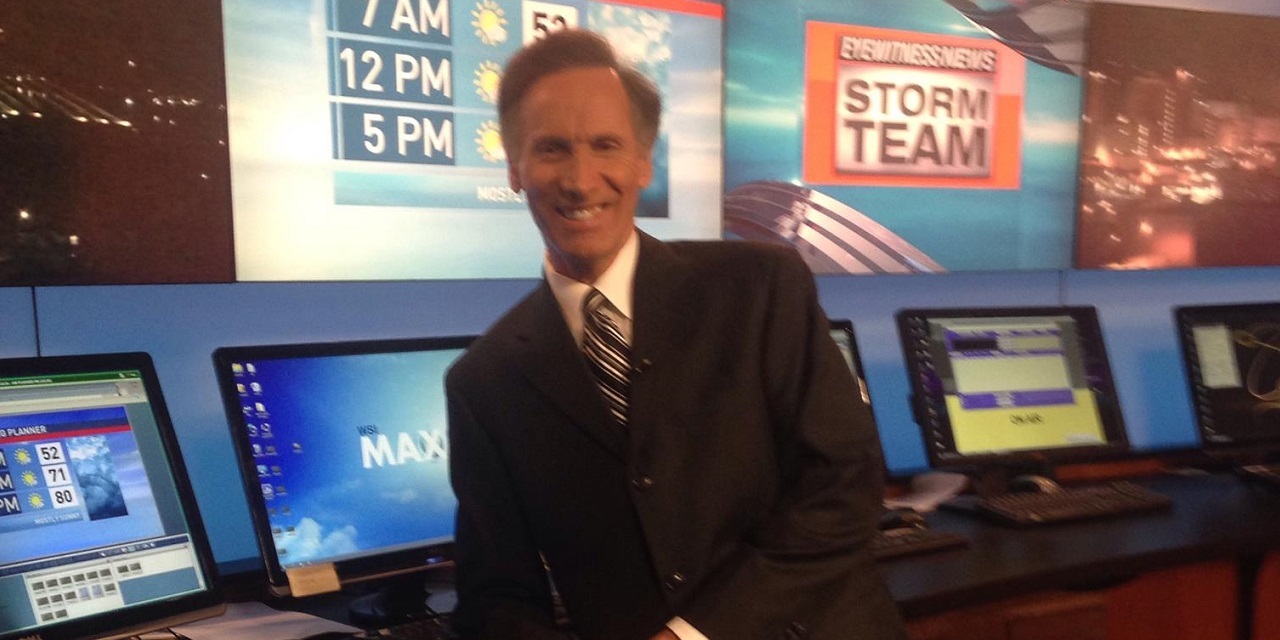 CHARLESTON – A former WCHS-TV and WVAH-TV meteorologist is forecasting a brighter West Virginia if he wins a seat in the House of Delegates.

Jim Barach, who was fired by Sinclair Media in 2018, said he’s always had an interest in politics.

“I’ve always had an interest in being involved,” Barach told The West Virginia Record. “But being in journalism, you can’t do that. You can’t even join a campaign to help someone.”

After he was fired, he filed a lawsuit against the stations and the parent company, accusing them of age discrimination. But, he said he still was looking for something to do. He said he read that state Senator Corey Palumbo decided not to run for re-election. That isn’t the seat Barach is seeking, but he said that news jarred him into looking into a political run.

“I thought if there ever has been in my life when I could run, this is it,” Barach, a Democrat running in the 36th House District, said. “I see a lot of room for improvement in this state, and I think I have some good ideas. We’re just not getting anything done. I want to be a voice of leadership.”

Barach said some issues are non-partisan. He said those issues – the economy, education and health care – need to be addressed quickly.

“We have to put our differences aside on certain issues,” he said. “Put the brakes on everything and address those issues first. Fix those big issues, then we can fight about the little things.”

Those big issues are Barach’s platform.

His biggest issue is the need for economic diversification.

“We hear that a lot, but it doesn’t seem we’re doing anything about it,” Barach said. “I travel to other cities, and they’re doing so well. But, you come back here and we’re not pushing hard enough.

“My plan is to approach businesses nationwide and telling them why they need to be here. We need to hit it really hard. We’re losing 10,000 people a year.

“The bottom line is that we are 40 years too late on this. So, we need to start right now. Better late than never. I intend to work with development office on that.

“Also, we need to look at our education system. We need to figure out how to get even more kids going to college and vo-tech school. Without jobs, our young people are going to keep moving out.

“And with health care, we have to do what we can to cut costs on that. It’s killing a lot of families, literally and figuratively. They’re hit with illness and the cost of health care.”

Barach said he is getting a “very, very good response” to his grassroots door-to-door campaign.

“People seemed to like me when I was on the air,” he said. “They know I am a hard worker. They know I’ll be there for them. I worked here as a meteorologist for 13 years, and I called in sick four days. People came to depend on me.”

He said he likes meeting people on the campaign trail, noting that some of them say they’ve never had a candidate actually knock on their door. Then, he said many of them recognize him from his television career.

“Some of these people I meet campaigning are very politically astute around here,” he said. “They’ll hit you with some questions, and you have to have some answers for them. But I am ready to talk to them about it. Talking is what I’ve been doing my entire life and career.”

As for his lawsuit, he said everything is in limbo. He said there have been delays, and everything currently has been pushed back, for now, to May.

“There was some discovery,” Barach said. “We were supposed to have some mitigation, but we haven’t really done that. There have been no depositions yet. I guess they’re trying to delay it as much as they can.”

“When I was let go, it was done very secretively,” Barach told The Record when the suit was filed. “The station has been trying to keep it under wraps.”

In his complaint, Barach says he began working for the defendant companies on July 11, 2005, as the stations’ chief meteorologist. For the first 11 years of his employment, Barach says he received highly positive performance reviews and that his contracts were renewed on a two- and three-year basis. He was given the West Virginia Broadcasters Association’s award for weathercast of the year six times, and he was named the Associated Press’s state Broadcaster of the Year in 2010.

But in 2017, Barach says he received his first negative performance review and had his contract renewed for one year instead of the typical two. At the time, Barach was 60 years old.

“In January 2018, plaintiff’s supervisor told plaintiff that the station’s weather presentation needed to be ‘younger and hipper,” the complaint states. “Defendant terminated plaintiff’s employment on June 1, 2018, with an effective date of July 31, 2018.”

Barach – a 38-year broadcast veteran who worked in Dallas, Orlando, Syracuse and other cities before his 13 years in this market – said he always has been serious about his career.

“I’ve dedicated my life to my career,” he said. “In 37 of those years, I had a spotless record – good reviews, no disciplinary actions. But after 37 years and 12 at the station, the station wants people to believe I became a completely unmanageable employee. It’s just ridiculous.

“It’s been very difficult for me to deal with. My professionalism has been called into question. And it all had to do, basically, with my age. We have a mountain of evidence. It’s a textbook case of age discrimination. As soon as I reached a certain milestone age, I got a horrific evaluation. I was placed on a work improvement program. I received disparaging emails from my superiors. My leadership was called into question. You name it. They gave me a one-year contract with no raise.

“It was obvious what their plan was. They were building a paper trail and putting together a list of offenses in case I filed a claim against them.”

Barach says he was a victim of age discrimination, violating the West Virginia Human Rights Act and the Age Discrimination By Employment Act of 1967.

He said a few other Sinclair employees have been fired since 2015 under similar circumstances, but he said he others haven’t filed complaints because they wanted to continue their careers.

He is being represented by Richard W. Walters and Carl W. Shaffer of Shaffer & Shaffer in Charleston. The case is being heard by Circuit Judge Gregory Howard.