CHARLESTON — The West Virginia Supreme Court of Appeals suspended the law license of an attorney for two years.

Justice John Hutchison authored the March 20 opinion and the court determined the two-year suspension from the practice of law, along with the other recommendations is appropriate.

Daniel R. Grindo has been a licensed member of the West Virginia State Bar since 2002. 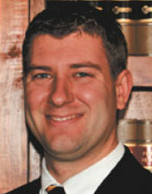 The investigative panel of the Lawyer Disciplinary Board issued a formal statement of charges against Grindo in 2018 for misconduct surrounding vouchers he submitted for payment of his time and expenses on court-appointed representations of indigent criminal defendants.

The Hearing Panel Subcommittee (HPS) held an evidentiary hearing on Feb. 25, 2019, and found that between 2013 and 2015, Grindo did a large amount of court-appointed criminal defense in his practice.

PDS Executive Director Dana Eddy contacted Grindo and they entered into a conciliation agreement in 2015 where Grindo admitted that he had billed for work performed by his non-attorney staff at the attorney rate.

As part of the agreement, Grindo agreed to reimburse PDS by accepting a one-third reduction of the total amount of fees claimed on all of his vouchers currently held by the PDS and he was required to pay back the $1,927.26, but by May 2017, he still hadn't.

Grindo also told Eddy he had self-reported the incident to the Office of Disciplinary Counsel (ODC), but Grindo had not done so. Eddy testified that he believed Grindo had lied to him to dissuade him from filing an ethics complaint.

The HPS recommended Grindo's license be suspended for two years and that he must complete six additional hours of continuing legal education in ethics. Grindo must also petition for reinstatement.

Hutchison wrote that the court agreed with the HPS's conclusion sanctions. If Grindo's license is later reinstated, he is prohibited from engaging in work compensated from the PDS.