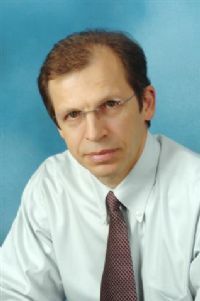 These rules tread on constitutional protections and invite interest groups to come up with new ways to bypass the law.

Earlier this month, the U.S. Supreme Court ruled 5-4 that one such rule—the aggregate limits on political contributions—violates the First Amendment.  The majority threw out the individual donation cap of $123,200 total, with a maximum of $48,600 to candidates, each election cycle.

That means a person is free to give to as many federal candidates as he or she wishes, as long as each contribution does not exceed $2,600 for a Primary Election and $2,600 for a General Election.   The ruling also removes the caps on giving to the local, state and national political parties.

Chief Justice John Roberts wrote the majority opinion, saying the government failed to make the case that having such limits were critical to combating corruption in our democratic system.

“Congress may regulate campaign contributions to protect against corruption” or its appearance, Roberts wrote.  “(It) may not regulate contributions simply to reduce the amount of money in politics.”

The decision may lead to more accountability of campaign spending.  The limits struck down Wednesday by the court, along with the Citizens United decision, have guided more money to political action committees. There are no limits on PAC donations and the organizations do not have to share their donor list.

But Reince Priebus, chairman of the Republican National Committee and a plaintiff in the case, told the Wall Street Journal that now donations may flow back toward political parties and candidates where the information is public.

That’s the fundamental problem.  The credibility of our democratic exercise is undermined not so much by the amount of money, but rather the secrecy that surrounds some of the biggest spenders.  Again, the First Amendment provides a solution.

Remove all caps on donations to any candidate, political party or organization and allow people to give as much, or as often, to the candidates of their choice.  However, require the donor information be disclosed on a website within 48 hours.  That would arm voters with the information necessary to help them make decisions about their elected representatives, while also protecting the constitutional rights of citizens.