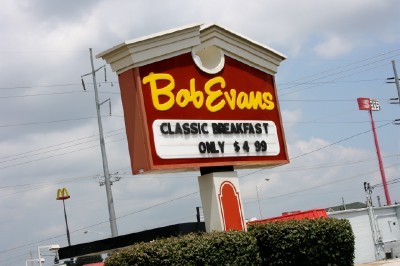 RIPLEY – The family of a Jackson County couple is suing over claims they both became severely ill after eating a Bob Evans meal and the deterioration of their health allegedly led to their deaths.

According to the complaint, Harold and Virginia Starcher shared a take-out meal from Bob Evans on Oct. 12, 2012, consisting of meatloaf, mashed potatoes and gravy, broccoli and a roll.

The complaint states that nine hours later, before the Starchers had consumed any other food, Virginia Starcher fell ill with nausea, vomiting, and diarrhea, and shortly thereafter, her husband did as well.

The lawsuit says Harold Starcher was able to call an ambulance, and both were transported to Jackson General Hospital, where they were informed they were suffering from food poisoning and Harold Starcher suffered a stroke.

The case states Harold Starcher had been his wife's caregiver since she suffered a stroke six years previously, but due to his injury, he had to be admitted to Elder Care in Ripley on Oct. 19, 2012. The complaint states Mrs. Starcher moved into a room at the facility on Oct. 22, 2012, to be near her husband, but she was transferred in November 2012 to Hubbard Hospice House, where she passed away Dec. 19, 2012.

According to the complaint, Harold Starcher's illness after consuming the tainted meal weakened his health, and he underwent open heart surgery Dec. 26, 2012, remaining hospitalized until he was sent home with hospice in April 2013 and passed away May 6, 2013.

The complaint states the medical expenses for the Starchers exceeded $250,000.

The lawsuit says up until the tainted meal, Harold Starcher was still working and operating his business, but the meal caused the rapid deterioration of both the Starchers' health and consequential death. Bob Evans is accused of selling unsafe, unwholesome and unfit food products for consumption.

The Starchers are represented by attorney Guy R. Bucci of Bucci, Bailey and Javins in Charleston.