Widow blames mine for husband's death 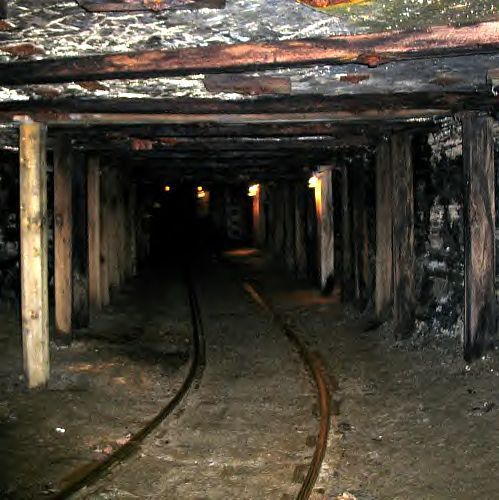 PINEVILLE – A Nicholas County woman is suing over claims her husband died when he was crushed by an illegally modified maintenance scoop while working in a coal mine.

According to the complaint, Steven O'Dell was employed by Alex Energy as a section electrician when he was assigned to and reported for the midnight shift at Pocahontas Mine, operated by defendants Alpha Appalachia Services and White Buck, on Nov. 29, 2012. The complaint states sometime after midnight, on Nov. 30, 2012, O'Dell and a coworker were doing maintenance work, with O'Dell on foot and his coworker in a maintenance scoop, which was needed to service a continuous mining machine. The lawsuit states the coworker lost traction due to grade and wet conditions and felt the scoop hit the continuous miner. He moved it away from the machine, got out and found O'Dell lying on the ground, having been crushed between the machines, according to the suit.

According to the lawsuit, the coworker went for help, with O'Dell still conscious, and after oxygen and first aid were administered, he was taken out of the mine and transported to Greenbrier Valley Medical Center, where he later was pronounced dead.

The complaint states that after an investigation, the maintenance scoop was found to have been illegally modified at the defendants' Jerry Fork Eagle Mine previous to the incident, and such modifications limited the visibility of the scoop operator, in violation of West Virginia mine safety regulations. According to the complaint, this was not the first time a miner had been killed at the Pocahontas Mine due to illegally modified equipment, another incident having led to a miner's death in 2010, and mine management also had knowledge of the mine containing grades which limited mobile equipment operators' visibility.

Alex Energy is accused of deliberate exposure to unsafe working conditions, and White Buck and Alpha Appalachia are accused of negligence.

Caitlin O'Dell seeks compensatory and punitive damages including loss of income, funeral expenses, interest and attorney fees. She is represented by attorneys Timothy C. Bailey and J. Ryan Stewart of Bucci, Bailey and Javins, in Charleston, and by Aaron C. Ambler and Alyson A. Dotson of Ambler and Dotson in Lewisburg. The case has been assigned to Circuit Judge Warren R. McGraw.