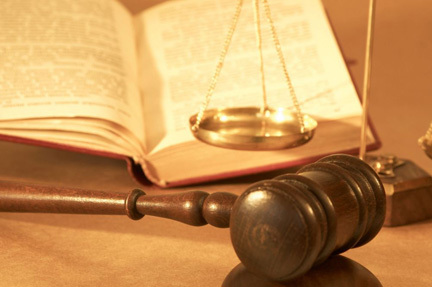 CHARLESTON – The state Supreme Court of Appeals ruled that a Martinsburg attorney's law license is to be suspended for three years following six complaints against him.

The Office of Disciplinary Counsel instituted two separate disciplinary proceedings against Rossi after six of his former clients filed ethics complaints against him, according to a decision filed Feb. 5 by the Supreme Court of Appeals.

A hearing panel subcommittee of the Lawyer Disciplinary Board determined that Rossi committed multiple violations of the West Virginia Rules of Professional Conduct, including failing to act with reasonable diligence and promptness in representing his clients; failing to communicate with his clients; failing to return client files in a timely fashion; repeatedly failing to respond to the ODC's requests for information; failing to contact the Lawyer Assistance Program after being directed to do so; engaging in conduct that was deceitful; and engaging in conduct that was prejudicial to the administration of justice.

The board also recommends that Rossi be suspended from the practice of law for one year.

"Upon review, this Court finds that clear and convincing evidence exists to support the Board’s finding that Mr. Rossi committed multiple violations of the West Virginia Rules of Professional Conduct," the decision states. "However, we disagree with the board’s recommendation that an effective one-year suspension is sufficient discipline for the substantial misconduct involved in this case.

The court ruled that Rossi's misconduct warrants a three-year suspension from the practice of law and adopted the board’s remaining recommended sanctions in full and imposed two additional sanctions.

Rossi faces two separate disciplinary cases, one filed on May 20, 2013, and another filed Nov. 14, 2013, because of the six complaints that were filed against him while he maintained a solo law practice in Martinsburg.

"We agree with the board's finding that Mr. Rossi expressed remorse for his misconduct," the decision states. "During his testimony before the board, Mr. Rossi acknowledged that he was 'not a good sole practitioner by any stretch of the imagination.'"

Rossi further acknowledged the harm he caused to the clients who filed complaints.

"While we agree that Mr. Rossi showed remorse, we disagree with the board's finding that there is an absence of a dishonest or selfish motive in this case," the decision states.

The record is clear that Rossi was overwhelmed in his solo law practice, according to the decision, however, this does not excuse lying to a client, nor does it excuse accepting retainer fees from clients and then failing to perform work on their cases.

The court ruled that Rossi be suspended from the practice of law for three years and that he be required to complete addition continuing education and his practice be supervised for one if he is reinstated.

LDB was represented by Jessica H. Donahue Rhodes of the Lawyer Disciplinary Counsel.