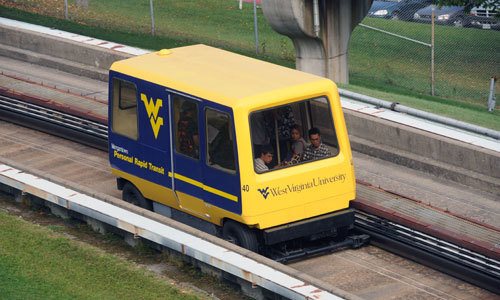 CLARKSBURG – A lawsuit against West Virginia University Board of Governors alleging a former employee was discriminated against has been removed to federal court.

The plaintiff explicitly alleges that the defendants' conduct violated the Family and Medical Leave Act, and the federal court has jurisdiction over that claim, according to the notice of removal that was filed May 15 in the U.S. District Court for the Northern District of West Virginia.

The defendants further requested that the federal court exercise supplemental jurisdiction over the plaintiff's state law claims, which are "completely intertwined with plaintiff's FMLA claim," according to the notice.

Alice Vickers initially filed her lawsuit April 7 in Monongalia Circuit Court against WVU Board of Governors and Robert DeWitt, a supervisory employee with WVU.

Vickers claims she was employed as a Personal Rapid Transit System Operator 2 and in July or August 2012, she began to experience health problems and was diagnosed with hypertension and a heart condition known as mitral valve regurgitation.

Vickers claims she met with DeWitt and explained her health problems, however DeWitt was not receptive and instead, chastised her regarding her medical ailments.

DeWitt remarked to Vickers that her employment may be terminated and also questioned fellow employees regarding her health problems and shared information regarding Vickers with them, according to the suit.

Vickers claims DeWitt also issued a disciplinary memorandum to her where he berated her for her attitude and criticized her for previously requesting that a union or human resources representative be present for any private meetings held between the two of them.

On Aug. 14, 2012, Vickers filed a grievance through her union representative, in which she requested a work environment free from the harassment and discrimination she was enduring, according to the suit.

Vickers claims as a result of her medical ailments, she took authorized leave under the Family and Medical Leave Act in August 2012 and, after returning from leave, she again began to experience a pattern of discrimination and harassment.

DeWitt began frequently intimidating, humiliating and shouting at Vickers in the workplace, according to the suit.

Vickers claims after returning from her authorized FMLA leave in 2012, her health deteriorated, while she endured the hostile employment conditions.

The harassment culminated on Aug. 12, when a meeting was held within the PRT department concerning scheduling and at the meeting, Vickers expressed to DeWitt the nature and severity of her ongoing health problems, according to the suit. In response, DeWitt flew into a rage and told her she should immediately "go downtown and retire."

Vickers claims she retired on Jan. 29.

The defendants discriminated and retaliated against Vickers, according to the suit.

Vickers is seeking compensatory and punitive damages. She is being represented by Sean W. Cook of Meyer Ford Glasser & Radman PLLC.

The defendants are represented by Susan L. Deniker and Alison B. Williams of Steptoe & Johnson PLLC.

The case is assigned to District Judge Irene M. Keeley.