Driver not liable for girlfriend's death during argument, court says 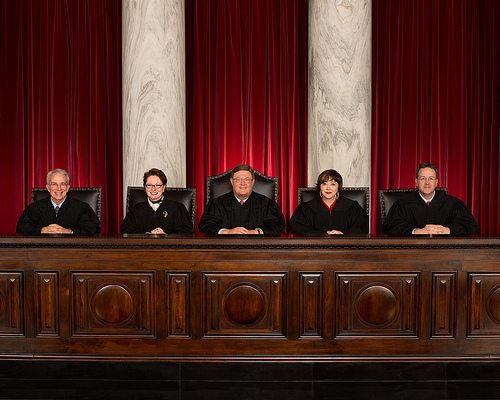 CHARLESTON – The state Supreme Court upheld a circuit court ruling that the man driving the vehicle that his girlfriend jumped from, causing her death, was not at fault for her death.

The court released the unanimous memorandum opinion affirming the order of the Circuit Court of Kanawha County on June 24.

Shana Cowley, the daughter of petitioner Leetta Beachum and the girlfriend of respondent Timothy Joseph White, lost her life due to injuries sustained when she jumped from White’s Jeep Grand Cherokee on Sept. 14, 2009.

The young couple had been arguing through text messaging and then later in the parking lot of West Virginia State University on the day of the accident, according to White’s statements to police. At some point, Cowley got into his vehicle without invitation, exited after she hit him in the jaw, and eventually re-entered the vehicle, White alleged.

He drove off and told her he would take her home but Cowley protested as they neared her parents' home, the opinion states. She wanted to be let out of the vehicle and White refused to stop and let her out and she ultimately leaped from the vehicle, it says. Cowley later admitted to a first responder that she had jumped from the Jeep.

On Sept. 14, 2009, Beachum filed a complaint in circuit court asserting that White was at fault for her daughter’s death. The case proceeded to trial and the jury found that White did not falsely imprison Cowley and he did not cause her death, the two bases of liability relied upon by petitioner Beachum.

Beachum then filed a motion for a new trial claiming that the jury verdict was contrary to the weight of the evidence and that two errors were made by the trial judge that warranted a new trial. After the circuit court denied her motion, she appealed to the state Supreme Court.

“Petitioner first challenges the trial court’s decision to allow into evidence a video recording of respondent’s statement to a police polygraph examiner, on the ground that the statement was hearsay. Petitioner preserved the hearsay objection at trial, but respondent’s counsel argued that it was being offered in rebuttal of an earlier statement that was played by petitioner but not admitted into evidence,” the opinion says.

“The trial court allowed the statement, but the portion related to the polygraph was not played for the jury.”

Although the court agreed that the statement was hearsay and should not have been admitted, they rejected the petitioner’s argument because they said it was harmless error.

“Petitioner suggests that the admission of the statement resulted in the bolstering of respondent’s credibility, to the detriment of Shana’s character. But there is no evidence contrary to respondent’s description of events, in which he explained that Shana entered his car uninvited," the court wrote.

“Importantly, respondent freely admitted — in each of the first and second statements — that he declined to stop the car to let Shana exit when she first demanded to be let out because he was not comfortable leaving her at that location.

“In both statements, respondent consistently described a tragic situation, the circumstances of which would not have led to any conclusion other than this: Shana placed herself in respondent’s automobile and refused to get out, then jumped from the moving vehicle when she learned that respondent was driving in the direction of her parents’ home.

The petitioner also asserted that instructions given to the jury misstated the law of false imprisonment. The two instructions she objected to were derived from Belcher v. Wal-Mart Stores, Inc., a prior per curiam decision of the court. The petitioner argued that the trial court should have followed the Restatement (Second) of Torts instead.

“[W]e are loath to accept petitioner’s suggestion that West Virginia juries are better instructed through principles articulated in the Restatement of Torts than in our own per curiam opinions. We discussed false imprisonment in great detail in Belcher, pointedly noting that ‘false imprisonment is illegal detention of a person without lawful process...’ and that ‘unlawfulness of detention is based upon whether, based upon the totality of circumstances, the actions of the defendant[] were objectively reasonable in their nature, purpose, extent and duration.’

“Inasmuch as the circuit court was guided by our own per curiam opinion, we cannot say that the jury was wrongly instructed to consider the 'totality of the circumstances' or that the trial court abused its discretion in the wording of its charge.

“Finally, petitioner would have the Court find that the circuit court erred in declining to grant her motion for a new trial, particularly in light of the following ‘admission’ by respondent, offered at his videotaped deposition in May of 2010 and played for the jury at trial:

Q: She certainly was making it clear to you that she did not want to go home to her parents’ home correct?

Q: About that, there was no mistake?

Q: And notwithstanding that, you kept taking her there against her will, correct?

“We do not believe that these responses constitute an admission of actionable wrongdoing; Shana did tell respondent that she did not want to go to her parents’ home, but only after having positioned herself in respondent’s car and acquiesced to becoming a passenger," the opinion says.

“The evidence showed that Shana protested only upon realizing respondent’s intended destination, but at that point, respondent did not believe he could safely or in good conscience leave her by the side of the road.

“Considering the totality of the circumstances presented to the jury, we cannot say that the jury verdict was against the clear weight of the evidence, or that the trial court abused its discretion in declining to grant petitioner’s motion for a new trial... For the foregoing reasons, we affirm.”