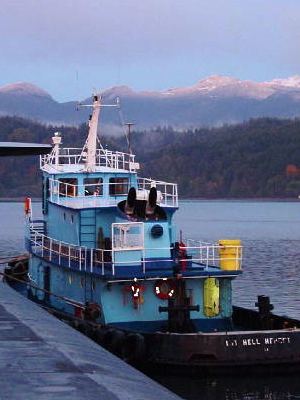 According to the filing, Wroten was a McGinnis employee assigned to various marine vessels navigating in the Ohio River and in Mason County as a deckhand and crewman. The suit states that on or about Oct. 30, 2013, Wroten was ordered to enter a hopper barge to sweep and shovel coal.

The complaint states that when the plaintiff’s broom unexpectedly caught on a “significant yet obscured-by-coal defect in the steel floor," he sustained a shoulder injury. Additionally, Wroten and a co-worker allegedly were made to work while a clamshell grab bucket unloader was operating in their area, purportedly against company safety rules and policy.

The suit states that when the plaintiff reported his injury to the captain or pilot, he was ordered to keep working. He later underwent shoulder surgery and suffered and sought treatment for depression due to lost earning capacity.

Wroten contends that his employer was in violation of maritime law and safety rules. He claims pain, suffering, loss of enjoyment of life, disability, impairment and medical expenses.

He is represented by Frederick Goldsmith and E. Richard Ogrodowski of Goldsmith & Ogrodowski in Pittsburgh. The case has been assigned to Judge Thomas C. Evans III.