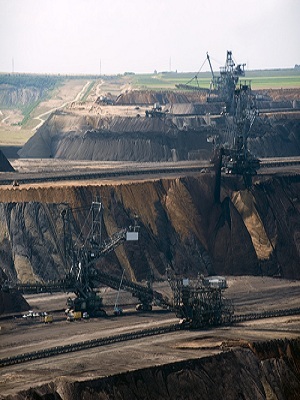 MADISON – A Foster widow is suing her deceased husband's former employer over claims an electrical accident led to her husband's death.

Vickie Robinette, as administratix of the estate of Ronald Robinette, filed a lawsuit on Oct. 23 in Boone Circuit Court against Eastern Associated Coal LLC, citing deliberate intent and loss of consortium.

Robinette claims Ronald was an employee of the company when on Sept. 4, 2013, he was seriously injured while on the job while completing a task assigned to him. According to the complaint, Ronald Robinette was cleaning an area around resistors when he fell, causing his arm to come in contact with the resistors. The contact caused a severe electrical shock and burns to his left hand and wrist, the complaint states. Ronald Robinette died on Oct. 24, 2014.

Robinette alleges the work area and tasks assigned were dangerous and that the company knew of the danger, yet did nothing to prevent the potential for injury. Robinette claims Ronald's injuries could have been prevented if it were not for the negligence of the company, the complaint states.

Robinette is seeking judgment against the company in an amount to be determined by a jury, punitive damages, costs and attorneys' fees, prejudgment and post-judgment interest, and any other relief the court sees fit. Robinette is represented by L. Lee Javins II and D. Blake Carter Jr. of Bailey, Javins, & Carter LC of Charleston.