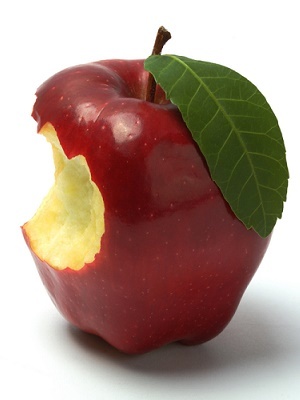 Angela Summers and Fred Dailey, who were represented by Thomas More Law Center; John Sauer of the James Otis Law Group; and Jeff Kimble and E. Ryan Kennedy of Robinson & McElwee, asked for the preliminary injunction when their lawsuit was filed, claiming ongoing payments from the state to SBAC caused “irreparable harm.”

The attorneys for Gov. Earl Ray Tomblin and the West Virginia Board of Education opposed the request for the preliminary injunction, arguing that the plaintiffs’ claim was unlikely to succeed and that the injunction would cause harm to the public interest that would far outweigh the alleged harm to the plaintiffs, which would force the state to pay millions of dollars to acquire new tests or risk losing more than $300 million in federal education funding.

The injunction hearing was held Jan. 4 and, despite seeking for the injunction, the plaintiffs failed to show for the hearing to testify about the alleged irreparable harm. However, Sauer and Kimble were there on the plaintiffs’ behalf.

“The hearing had initially been set in December, but at the defendants’ request, it was continued to January 4,” Sauer said. “We consented to this request for extension as a courtesy to accommodate defendants.”

“Unfortunately, however, Ms. Summers’ husband suffered a ruptured aortic aneurysm, and he was airlifted to an ICU in Cleveland and underwent 14 hours of cardiac surgery,” Sauer said. “Since then, Ms. Summers has been in Cleveland attending her husband, essentially living continuously in the hospital family lounge, where she remains today. I became aware of this situation only the day before the hearing.”

Sauer said because it is widely known and not subject to reasonable dispute that Summers is a citizen and taxpayer of West Virginia, the plaintiffs’ attorneys did not anticipate any dispute about this fact at the hearing.

“At the hearing, however, Mr. [Benjamin] Bailey insisted that we produce evidence that Ms. Summers is actually a taxpayer and citizen of West Virginia,” Sauer said. “In light of Ms. Summers’ unforeseen unavailability, I repeatedly requested that the court continue the hearing or permit her counsel to supplement the record with an affidavit attesting her citizenship in West Virginia. Mr. Bailey objected to any request for extension, and the court denied the request.”

Sauer said in light of Summers’ family situation, he viewed Bailey’s refusal to consent to the plaintiffs’ request for more time to supplement the record in the case as very surprising, especially in light of the fact that the plaintiffs’ attorneys had recently extended to him the courtesy of consenting to a postponement of the hearing at his request.

Ryan Donovan, of Bailey & Glasser, said the initial hearing was not continued as a courtesy, but was continued so that the court could consider the outcome of a Dec. 17 Board of Education meeting addressing topics that might have mooted the petitioners’ motion.

“In other words, the continuance benefitted Ms. Summers and Mr. Dailey as much as it benefitted the respondents,” Donovan said in an e-mail.

Bailey, Donovan and Maryl Sattler of Bailey & Glasser defended the Board and Tomblin against two lawsuits filed by Del. Mike Folk last year after a bill regarding SBAC failed.

The first lawsuit was voluntarily withdrawn and the West Virginia Supreme Court of Appeals rejected the second lawsuit.

After the rejection, Summers and Dailey filed their lawsuit, which was nearly identical.

A press release issued by Bailey & Glasser called the continued legal attacks on West Virginia’s Next Generation education standards, which was originally known as Common Core standards, are misplaced.

“This remains a political issue, not a judicial dispute,” the press release states. “It concerns a policy judgment that, constitutionally, is clearly left in the hands of the state Board of Education.”

Bailey said the plaintiffs take issue with the standards and assessment tools adopted by the Board, but that grievance is not one that can or should be settled in a court of law.

“Those racing to court to challenge the actions of the Board and Department of Education are wasting the time and scarce resources of these state agencies, which would be better spent working to improve the delivery of public education in West Virginia,” Bailey said.

Folk (R-Berkeley) had said that the SBAC is a clear violation of Article 1, Section 10 of the U.S. Constitution.

In April, about 200 students at Spring Valley High School in Wayne County opted out of the state testing. The students were told they were not allowed to opt out.

Parents stated the testing violated student privacy by asking questions that have nothing to do with education and the test has no weight gauging a student's performance.

In Harrison County, students who attempt to opt out of the testing were treated as a disciplinary matter, punishable by suspension, in-school suspension or other disciplinary measures.