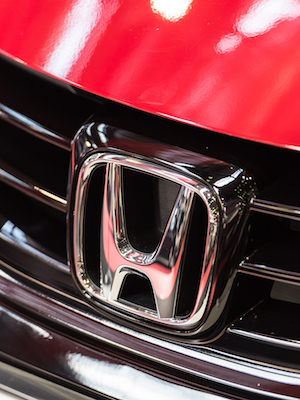 According to the complaint, Forbes purchased a new 2013 Honda CR-V from the defendant on Aug. 1, 2013. In compliance with the Honda warranty invoked at the time of purchase, the vehicle purchased by the plaintiff was covered in all aspects (“bumper-to-bumper”) from three years or 36,000 miles, whichever occurs first, the complaint states.

The plaintiff claims to have returned the vehicle at least three times to one of Honda’s authorized repair centers for repair of the same non-conformity, an allegedly defective starting mechanism. Forbes alleges that despite attempts to repair the vehicle, the Honda vehicle continues to exhibit the same defect, which she avers violates the Consumer Protection New Motor Vehicle Warranties Act in West Virginia.

Forbes seeks the value of her trade-in and down payment, the purchase price including sales tax, license and registration fees and finances charges of $28,328.18. She also seeks litigation fees and $10,000 for incidental damages. She is represented by William O. Huffman of Princeton.