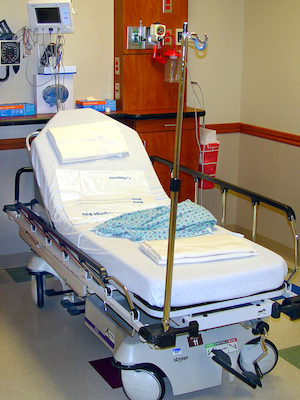 MORGANTOWN – A Monongalia County man’s estate is suing a local hospital and a Delaware-based firm doing business in West Virginia on allegations of negligence, wrongful death, breach of contract and violation of state law in the patient’s death.

The suit states that the plaintiff’s decedent, Russell Lambert, resided at the defendant’s facility from late December 2013 until mid-January 2014, following a stroke. The plaintiff argues that the hospital misrepresented its ability to care for Russell, resulting in alleged “catastrophic injuries, disfigurement, extreme pain, suffering, and mental anguish,” according to the complaint.

Incidents of negligence alleged by the plaintiff include a severe fall in late December 2013 for which Russell broke a bone, requiring emergency room treatment and stitches. Two more falls were claimed in January 2014, resulting in a CT scan and an X-ray revealing a cracked rib, the complaint states. Additionally, Lambert’s son allegedly discovered untreated, bleeding blisters on the patient. His family claimed that he was untended, left to sit soiled and unshaven and failed to improve.

Additionally, the plaintiff alleges additional medical expenses. According to the complaint, the defendants committed professional and general negligence along with violation of the West Virginia Consumer Credit and Protection Act.