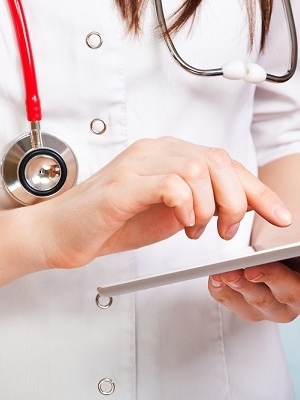 Ning Shen filed suit on Jan. 4 in U.S. District Court for the Northern District of West Virginia against Robert A. MacDonald, secretary of the VA, claiming the defendants violated Title VII of the federal Civil Rights Act of 1964.

Shen claims she was wrongfully terminated and discriminated against due to her participation in the Equal Employment Opportunity (EEO) process. Her suit says she was employed by the defendant at the VA Medical Center in Martinsburg from February 2008 to Sept. 11, 2014. She claims that her supervisor began to harass her, putting an unbearable workload on her and ridiculing her English-language skills.

Shen alleges she tried to resolve the issues internally but claims the medical center’s management ignored her, and says she initiated the EEO process in August 2009. Shen claims that after she initiated the EEO process, the medical center’s chief of staff, Jonathan Fierer, led at least a half-dozen attempts to terminate her employment, beginning around February 2010 and ending with her termination on Sept. 11, 2014.

During that time period, the suit alleges, Shen settled her EEO complaint in April 2013, with a reassignment to a position as a physician reviewer in the defendant's compensation and pension department. After settling the complaint, the suit claims, management continued to harass Shen and omitted her from the organizational chart, failed to assign her a direct supervisor, failed to issue her a position description, failed to issue her a functional statement for six months, and failed to give her more than two hours of work per day on average. Shen claims that this treatment culminated on June 12, 2014, when the defendant allegedly proposed to terminate her just two days after the U.S. Equal Employment Opportunity Commission (EEOC) stopped monitoring the defendant for compliance in connection with Shen’s discrimination complaint and settlement. The proposed termination was issued at Fierer’s urging and approval, the suit alleges. Shen claims she then filed another discrimination complaint, and that the defendant allegedly offered to mitigate the termination if Shen withdrew her complaint. Shen refused and was fired, the suit says.

Shen is suing for back pay with interest; reinstatement to the same position, duties, and status she would have had but for the alleged retaliation, or front pay in lieu of reinstatement; compensatory damages for emotional distress and reputational harm; injunctive relief to prevent future violations; attorney fees and expenses; and any other reward deemed proper by the court. She is demanding a trial by jury and is represented by David Hammer of Hammer, Ferretti & Schiavoni in Martinsburg.