Suit accuses school board of reneging on contract 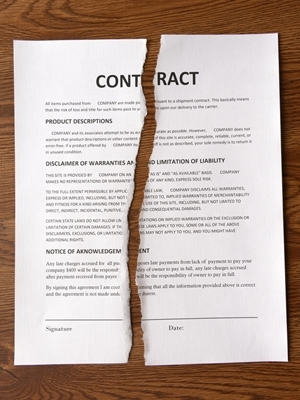 PRINCETON — Two Mercer County residents claim that the Mercer County Board of Education caused them financial loss by reneging on a contract to lease the plaintiffs' real estate.

Plaintiffs Jerry W. Dove, Jr. and Sharon J. Dove filed a lawsuit on Jan. 19 in Mercer Circuit Court against the Board of Education of the County of Mercer, alleging a breach of contract that caused them financial harm and loss of property.

Plaintiffs allegedly own a property located at 325 Ingleside Road in Princeton and operated a business on the property selling, repairing, and customizing firearms. In March 2012, they allegedly wanted to sell the property and hired a real estate broker as their representative.

The Doves are suing for undisclosed amounts in damages, pre- and post-judgment interests, attorney fees and court expenses, and any other reward deemed just by the court. They are demanding a jury trial and are represented by Ryan Flanigan of The Flanigan Law Office in Princeton.