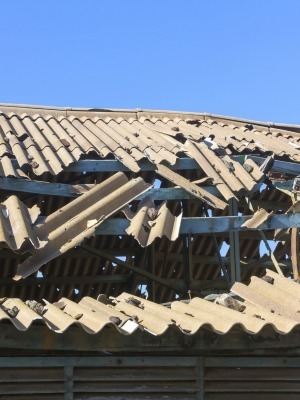 NEW CUMBERLAND – A Weirton construction company is suing over its insurance company's refusal to pay for damage to a building's roof.

On Aug. 18, 2014, a wind storm allegedly damaged the plaintiff's property at 121 Pennsylvania Ave. in Weirton. In addition to interior water damage, the property's roof and interior flooring were damaged.

Despite the plaintiff's and independent contractors' beliefs to the contrary, the defendant did not agree that the roof needed to be replaced, according to the complaint, and sent the plaintiff a check on Oct. 13, 2014 for the interior plaster damage only.

The suit further alleges that even the defendant's expert determined that the roof needed to be removed and replaced. On March, 23, 2015, the defendant sent the plaintiff a check to pay for the remaining damages to the roof, but it was not enough to completely replace it, the suit alleges.

As a result of the delay, the roof has been further damaged. The plaintiff alleges Westfield is guilty of breach of contract, bad faith and unfair trade practices.

The plaintiff seeks a trial by jury, compensatory damages equal to the damage caused to the property because of the alleged delay, compensatory damages in an amount in excess of the court's jurisdictional limits including attorney fees and court costs, pre- and post-judgment interest, and punitive damages in an amount to be determined by the jury.

The plaintiff is represented by M. Eric Frankovitch of Frankovitch, Anetakis, Colantonio & Simon in Weirton. The case is being heard by Judge James P. Mazzone.