CHARLESTON – President Trump failed in his attempt to fulfill a campaign promise to replace ObamaCare, but he has made good on his pledge to get the EPA’s foot off the throat of the coal industry. 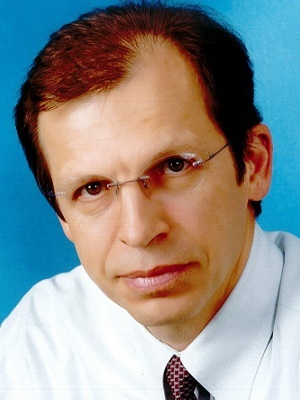 “My administration is putting an end to the war on coal,” he said, making sure to repeatedly give credit to Republican Senator Shelley Moore Capito of West Virginia, who was in the room for the signing. Credit also goes to West Virginia Attorney General Patrick Morrisey and his team who have led the legal challenge against the EPA’s unilateral attack on fossil fuels.

Coal detractors attacked Trump’s actions with the now-familiar “flat earth” harangue. “The President fails to realize that climate change is not just a vague, distant concept,” said Florida Democratic Representative Ted Deutch. “I hope the President invested in flood insurance, because when Mar-a-Lago is underwater, he will have himself to blame.”

Rational minds will not question that the climate is changing and that human activity impacts the climate, but there remains reasonable debate, as well as ongoing research, as to the extent of that impact. Additionally, by the EPA’s own admission, the Clean Power Plan’s limits on carbon emissions would reduce global temperatures by less than 0.01 degrees Celsius by the year 2100.

Meanwhile, the less dramatic but critical issue associated with the CPP is the fundamental legal question of whether the EPA has the authority to remake the country’s energy policy and practices. The U.S. Supreme Court clearly has questions, since the high court last year granted a stay in the implementation of the CPP until the legal challenges are settled.

The court’s consideration is likely moot now with the President’s action, but it’s worth reviewing Attorney General Morrisey’s argument for the stay to understand the potential consequences of the CPP. “And parties on all sides agree that the Plan is currently forcing businesses to shutter (power) plants and make other decisions with long-term and fundamental impacts on energy markets, further compounding the injury to the States as market regulators and energy consumers.”

As Morrisey and others have argued, the rarely used provision of the Clean Air Act that calls for the “best system of emission reduction” was never intended as carte blanche for the EPA’s attempt to exercise authority over all of the states and their power production.

The overreach was clear from the very beginning, but EPA and environmentalists hoped the agency’s power grab would put coal in a death spiral before the courts caught up or there was a change in administrations.

Trump’s action does not mean coal will come roaring back. Hydraulic fracturing is making massive supplies of cheap natural gas available, while alternative fuels are becoming more commercial viable and, in some cases, preferable to energy consumers.

But at least coal, which remains vital to West Virginia’s economy, can rise or fall based on market conditions rather than the zealotry of unelected bureaucrats.